HomeProductsLA-277/240UncategorisedLA-120/277
USING THE FanHandler LA-277
AS A SYSTEM CHECK TOOL
IN COOL WEATHER CONDITIONS.
WHY THE LA-277 IS NEEDED IN EVERY SERVICE TRUCK 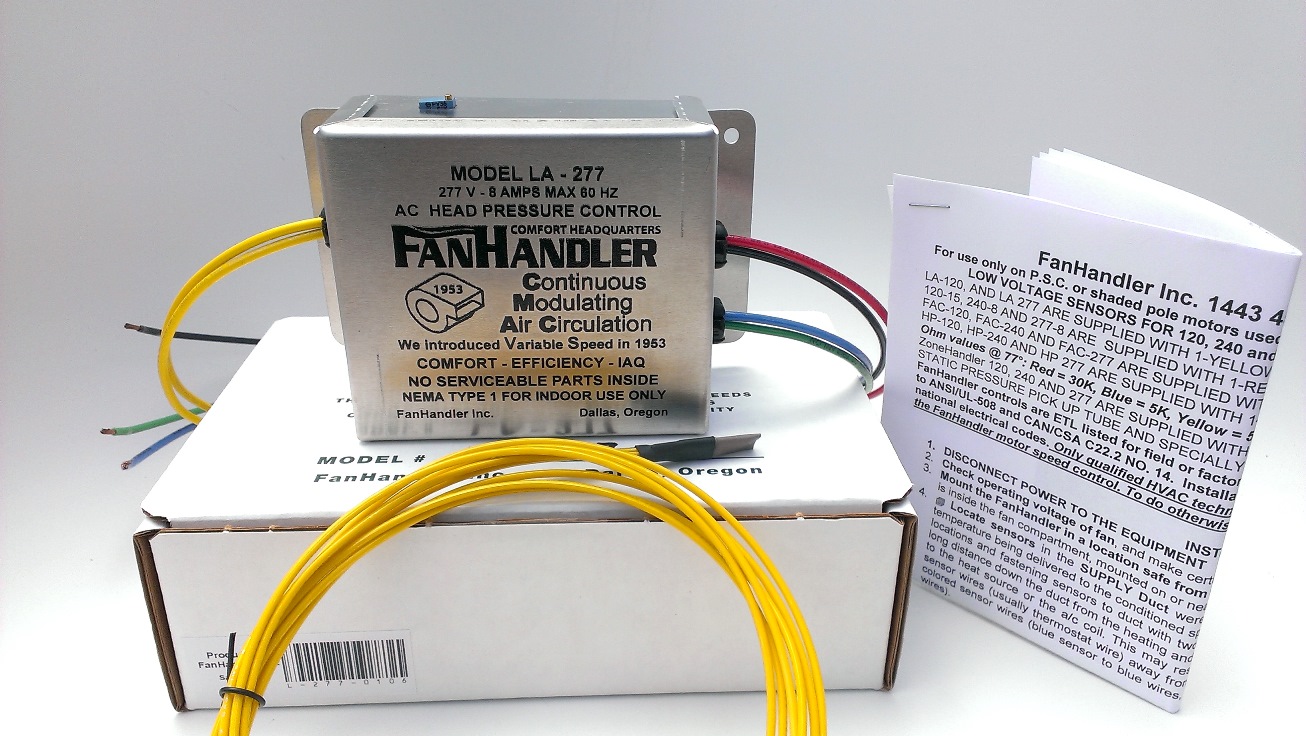 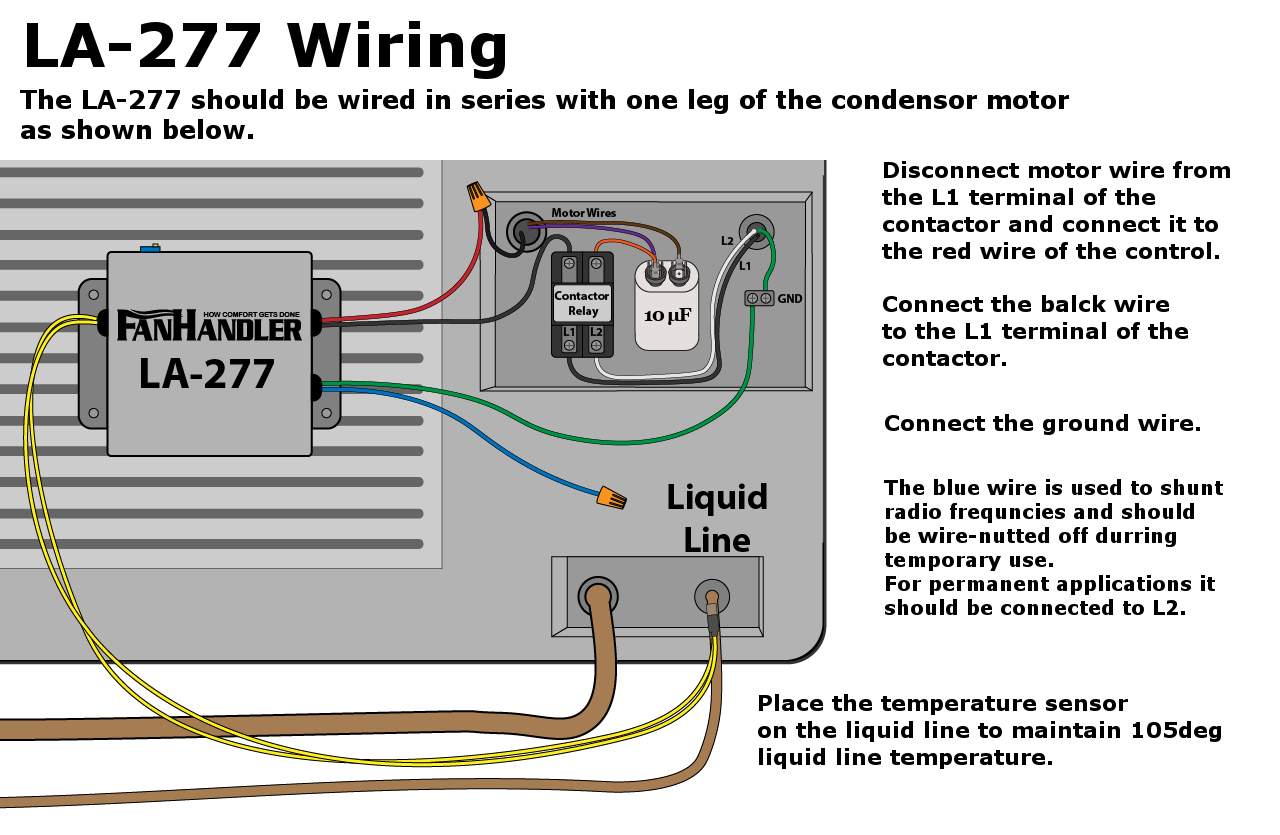 When hooked up this way The LA-277 will modulate the speed of the condensor fan in an attempt to maintain 105 degrees liquid line tempeature. 105 degrees is the "sweet spot" and is ideal for charging. To reach 105 you will most likly have to turn on the heat in the home to build up a load for the condensor to work on. If it's a really cold morning and you are having trouble getting up to the full 105 don't worry. The LA-277 should still be able to get a steady warm temperature on liquid line, and as long as you are in the 90 deg range you will still be able to get a good charge.
COOL WEATHER EFFECT ON HEAD PRESSURE
COMPUTER ROOMS DON’T HAVE A LOAD PROBLEM
HOW TO USE THE FanHandler LA CONTROL TO SOLVE THE COOL WEATHER CHARGE OR CHECK PROBLEM
It’s a cool day (say 50 to 55°) In order to check an air conditioner’s charge and operation, you have to fool the machine into thinking that it is a nice 85° day. That means you need a heat load for the air conditioner to work on. The simple solution to that is to turn on the heat. Next you need to control how fast heat is removed from the hot gas that reaches the condenser. Simply control the speed of the condenser fan. About 105° is a very good temperature for the liquid refrigerant leaving the condenser. So any time that the liquid temperature is lower than 105° the condenser’s fan must be slowed so that heat removal from the refrigerant will slow down.
The LA-277 FanHandler will control the condenser fan between say 80° (where it can be set so slow that you can count the fan’s revolutions) and about 115° (where it be going full speed). The “sweet spot” will be about 105°.
Most technicians have their LA-277 rigged with an insulated male stake on at the end of the red #14 wire and a insulated female stake on at the end of the black wire. They use an alligator clip on the green wire. They tape off the blue wire and don’t use it because it has nothing to do with the control’s operation. First, turn off the electricity to the unit. Then they clip the ground wire to a good equipment ground. Next they remove one of the wires leading to the condenser fan motor from the stake on terminal on the control board. They attach this stake on to the stake on that is on the red wire. Next they attach the female stake on to the terminal where they removed the wire leading to the motor. The only thing left is to use insulating tape to attach the sensor to the liquid line right at the point it leaves the condenser. All this time they have the heat on in the building to build up load. Next they turn on the air conditioner and check the charge.
For the “purists” among you, If you don’t like 105° liquid temperature, move the sensor further away from the condenser, or clip the sensor to one of the motor brackets to measure discharge air, or just use the minimum speed pot to get whatever fan speed you want and forget the sensor.
A LITTLE BIT OF HISTORY
THE FanHandler LA (LOW AMBIENT) CONTROLS ARE SO GOOD, YOU’LL THINK YOUR GAUGES ARE BROKEN!!!!!!
SOME OTHER USES FOR THE LA - 120, LA - 240, AND LA-277
IN THE FUTURE
Who knows - We are constantly working on new ideas!
FanHandler Inc. - Salem OR 97301
503-623-8766 - www.fanhandler.com